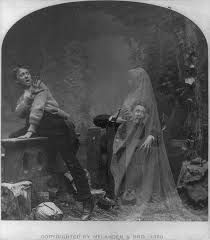 Where Do Lost Souls Go?

Where do Lost Souls Go?

To review, Lost Souls are people who have left their bodies (died), but haven’t crossed in to the light. For more information see my Blog, What Are Lost Souls?

When I first started studying the metaphysical, my teacher referred to these disconnected souls as “evil entities”. When I started working with them, I realized they aren’t evil, they’re lost or stuck. Imagine seeing a lost animal on the side of the road. Would you perceive them as evil or simply in need of assistance? When these souls are lost or stuck, they can wander around the earth looking for a way back in to the light, back to their soul group (family), back to their journey for as long as it takes them to get there.

Lost souls search for a safe haven to stay until they can return to the light, they may attach to people, places or things. People often ask me, when I tell them they have lost soul attachments, whether they know the attached souls. Usually they don’t, although I sometimes find ancestors that would like to give them a message. This proves to be difficult if the spirit is known from a past lifetime. I had a grandfather from three lifetimes ago wanting to give a message to his two granddaughters, now a mother and daughter pair. Needless to say, they didn’t remember him.

Lost souls can rally together against what they perceive as darkness, such as we have seen in recent black lives matter and political rallies from people in the physical. If you have both lost soul and dark entity attachments, you may think you are relaxing and watching TV when you are actually in the middle of a battle, over you! When this is the case, I have learned that these lost souls refuse to go to the light until they are certain the person they have been protecting is safe, so I must remove the dark entities first, then the lost souls will agree to go in to the light with assistance.

Sometimes lost souls can get themselves in a pickle by getting stuck in a blanket of sadness or a blanket of anger which traps them like flypaper. Other times they get tangled up in a spell and are stuck to someone until they are released into the light, possibly for many lifetimes of the person to which they are bound. Lost Souls can get stuck in soul damage scars and remain on a person until released by a practitioner. There are all sorts of reasons that souls get lost or stuck, most of these reasons remain a mystery.

When lost souls are released, they go in to the light, and are reunited with their soul group (family) on the other side. They will eventually report to Archangel Jeremiel for a life review to check off the lessons they accomplished in the physical and see which ones need to be repeated. The successful lessons are downloaded to their oversoul to make it more complete.

One of the best explanations of this oversoul is from the book Dying to be Me by Anita Moorjani. She had the privilege of going to the light herself and coming back to write this book so all of us know what to expect when we get back. There have been many books written by people who have had near death experiences, find the one that resonates the best for you.

For more information about how this all works together, check out Empowerment Class.