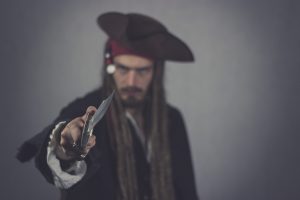 Sometimes there are signs

I had an interesting client this week, he called me for a friend of his that is having a lot of trouble but she’s the subject of another blog. In a nutshell, she has a lot of entities from many lifetimes and keeps trying to run from them like a cat with a string tied to its tail, or more appropriately from the movie Cars; Mater and the Ghost Light. This client allowed his friend to stay in his apartment for a couple nights trying to evade the entities, unfortunately by doing this, he ended up with a lot of entity attachments, both in his apartment and on him!

They knew I was coming to clear them

My client requested that I do and in person clearing so we arranged a time and I went over to the apartment. I knocked on the door using the door knocker but didn’t hear anybody inside so I knocked on the door a bit louder with my hand and I still didn’t hear anybody. I knew he was expecting me so I called him but the phone never rang, it went straight to voicemail. I hung up and called him again and the same thing happened, this time I left him a voicemail that I was waiting outside. Then I decided to text him and let them know “I’m here!”. I didn’t receive any response to the electronic communications, so I banged on the door again and low and behold there he was. I told him what I was going through and he said didn’t hear my knocks and he hadn’t received any texts or calls, but he knows that entities can manipulate electronics and said that they had been in his computer.

Who else is helping?

As we chatted, my client said that since he permitted his friend to stay with him, he had been hearing footsteps in his apartment that he had never heard before. He said it didn’t matter whether he was sleeping in his bed or moved to the living room couch, the footsteps sounded the same. I told him that he has a lot of deceased loved ones DLO’s around him that are protecting him, fighting against the dark entities. We got down to the business of cleansing him and his apartment. I always clear the people first, then the home or office. As I finished clearing the underworld’s out of his apartment and cleansing away all their leftover sticky thick energy, he received notifications on his phone for my voicemail and my text messages. This happened at exactly the time the underworlds had been evicted. As we know, there are no coincidences.

Have you had sensations that you can’t quite explain?

People generally have feelings of uneasiness or nervousness when sensing entity attachments. It’s interesting how people can feel things and they’re not sure what they’re feeling. This client told me that as I was performing his clearing he felt as if somebody were poking the ends of his fingers, one at a time, with a pencil and as soon as the clearing was finished that sensation stopped.

Something very unusual happened a few days after the clearing that I have never seen before. My client let me know that he felt at peace for a couple of days, but he began hearing footsteps again, but not the same footsteps as before. He was also feeling very uneasy when he was trying to sleep. I found some entities but I couldn’t figure out what they were attached to or where they were coming from or when they had gotten there. I asked Spirit “did I miss something?” and got a “No”. What I finally figured out was these uggie-boogies were attached to one of his DLOs, I saw a pirate from the 17th century. This DLO visited him at night and he could hear the footsteps, but the DLO wasn’t there during the day when I was checking for entities. So, I didn’t exactly miss him, he just wasn’t there when I was checking. I discovered how to clear a non-physical being. I often wonder how entities stay attached to us between lives…?